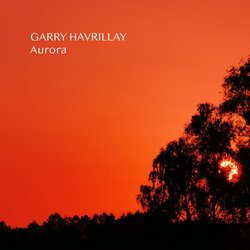 He has also collaborated with Melbourne artist and animator Annemarie Szeleczky [pron. Sel-ET-skee] on several of her films as editor and composer.

Until the end of 2014 Garry worked in radio for the Australian Broadcasting Corporation, and his 30 years of professional experience as a sound engineer includes classical music recording (concert and studio), audio art, radio drama, documentary features, digital post-production, music editing and mastering, as well as on-air presentation, website, database and systems development. He has also been a volunteer and broadcaster at PBS 106.7FM Melbourne since 1980.


Electronic keyboards and processed wild sounds, designed to be heard quietly in a gallery space to accompany an exhibition of Australian sculpture and functional art by Garry's brother, Lawrie Havrillay. This is a much shorter reworking of one part of the original piece which was played on continuous loop.

Other tracks by Garry Havrillay: Atrophy
%