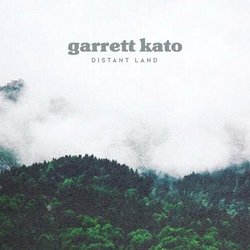 Canadian-born, Australia-based singer-songwriter Garrett Kato showed up in Byron Bay 9 years ago with nothing but a bag of clothes, a backpack, and a guitar after quitting his day job on a whim.

After busking on street corners and performing five gigs a week in any place he could find, the tireless grind paid off and Garrett was soon touring with some of Australia’s biggest artists, landing a publishing deal with Sony/ATV, having his songs synced with box office hits in the US, running his own recording studio and signing a record label deal with NETTWERK.

With over 20 million worldwide streams on Spotify to date, playing sold out shows with Damien Rice, producing for a string of Australian indie folk acts like Ziggy Alberts, Kyle Lionheart, Pierce Brothers and Riley Pearce; Garrett is looking ahead to a big year of touring and releasing a stunning collection of new music.

“Take it like a strange journey,” says Garrett. “The decisions I’ve made in my life, for better or worse, haven’t necessarily been conventional to society. It was good though. That’s my story.”


Distant Land is a collection of memories spanning most of my life. The songs resemble chapters to my journey from as far back as childhood and as recent as becoming a father in a new country.