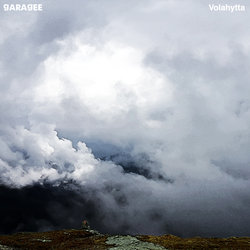 Garagee (gar/adji(y)) is the alter-ego, musical medium and outlet of Melbourne based multi-instrumentalist, Rob McPherson. Garagee presents concise emotive instrumentals like small vignettes to films you haven’t seen yet.

Established with it’s first release in 2009 (the phoenetically self-titled ‘Gar/adji(y)’), Garagee was picked up by indie electronica/ psy label, Tempest Recordings. This formed a fruitful relationship with many colaborations and remixes culminating in the remix collection ‘Sojourn’ (2016).

Always present is the heavy use of world instrumentation, an important M.O. of Garagee’s makeup, to highlight the expanded pallette of sounds that our world uses to express itself in a pursuit that’s above all, human.


Walking in the mountains, I was struck by how young the landscape felt in its lack of human interference or development, yet how at the same time, ancient in the evident history of rock formations carved by advancing glaciers over millennia.

A dichotomy at the edge of human comprehension. Food for thought....and music.


Other tracks by Garagee: Brekkhus  -  Experiment No.3