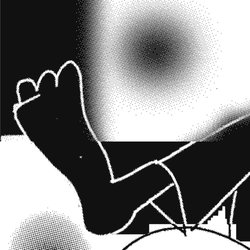 Melbourne five-piece Gamjee are made up of Jack Summers, James Morris, Sam Harding, Lily Harding and her twin brother Miles Harding. With hardwired guitars, hiccuping grooves and spluttering synthesisers, Gamjee swing their angular pop/garage songs off their backs and unravel them to sing in a beaming and wobbly celebration.

After self releasing their debut EP 'Crooked' in May 2018, Gamjee were busy playing various shows around Melbourne and Sydney. They had the opportunity to support the likes of Kikagaku Moyo, and tour with Stonefield.

Gamjee began writing new material, which strayed away from their psych and garage rock past times, ‘European Cars’ is a sharp turn in a warmly welcomed direction for the band. The sometimes erratic and often quirky pop rock presented in this new release celebrates the simplicity of daily life, while having a tongue in cheek criticism on the self and negative ego.

Gamjee are set to release their new album 'Legacy Project' through Tiny Town Records on Nov 8.


Deceivingly simple and effortlessly clever at once, ‘European Cars’ immediately picks up an upbeat groove while guitars stab in and out and Sam and Lily Harding’s sweet and sour vocals spiral around the bouncing instrumentation. ‘European Cars’ is a song about love and lust. It celebrates the love around, even in momentary feelings of loneliness.