Gallie - This Side of the River 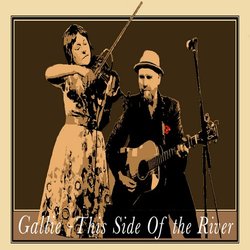 ‘This Side Of The River’ is the first single from the new five song EP.

Following the release of the critically acclaimed album 'The Occoquan River', Gallie has been going from strength to strength, playing festivals and selling out shows in his adopted town of Melbourne and up & down the east & west coasts of Australia.
He returned home to tour Ireland in early 2018 where his album received some amazing reviews from the Irish music press. Three songs from the album made it onto the RTE national playlist where they stayed for a number of weeks.
In November 2018 Gallie will be touring Brazil as well as headlining the folk stage at the 'Mississippi Delta Blues Festival' in Caxais Do Sol in Southern Brazil. (One of Gallie's videos went mini viral down there last year getting over 40,000 views in one week and gathered enough interest for him to get asked to play this years MDBF). December 2018 will see Gallie relocating to France where he will be based for six months while touring and playing festivals throughout Europe.
Returning to Australia mid winter, with tours planned for the east and west coast & all the major cities.


Dublin is a city of contrasts."There is a walk I used to take, from Amiens St to the Ha'penny bridge, onto the Southside of the city. A beautiful old city, full of music, poetry, art, rebels, junkies, thieves, violence, crime and the rain, that walk has it all. It's that walk that inspired this song.