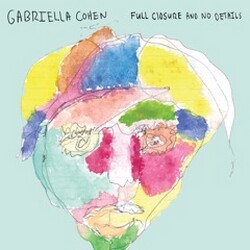 You might know Cohen as the front woman of fuzzed-out blues pop band, The Furrs. "Alien Anthem" cements Cohen as a widely prolific songwriter as she emerges from her self-created dark bed of roses singing a contagious catalogue.

Mixing eclectic pop with an infectious sound that hints at a 70s-esque American throwback, she builds these elements around her enchanting nostalgic vocal tone, which wistfully floats over airy organ sounds, and dense guitar hooks whilst earnestly rebellious and whimsical at heart.

Gabriella Cohen has structured her sound around dark pop sensibilities and foundational influences from the likes of Lou Reed, Dory Previn and Kevin Parker, receiving praise for her singles "Alien Anthem", "I Don't Feel So Alive", "Sever The Walls"and "Yesterday" from the likes of triple J's Unearthed, NME & Rolling Stone.

Amidst a studded resume for 2015 was performing at BIGSOUND where her overarching demeanour was proven synonymous with their live presence, NME stating, "they don't seem to be playing for cool points, furthering the genuine approach Gabrielle Cohen has undertaken."


Sever The Walls, illustrates a all-girl take down. This lo-fi track presents the nostalgic view of a past relationship, and a chorus that takes you back to the 70's.