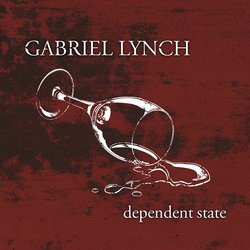 Australian troubadour, Gabriel Lynch, has spent much of the past three years touring extensively throughout Asia, Europe and his own backyard. During this time he has gathered new stories to tell and songs to sing that consistently demonstrate the vibrancy and energy that earned him the accolade of possessing "one of the best Aussie male voices you've never heard" (BMA Mag, Australia).

The independent musician has performed at festivals internationally alongside the likes of Elbow, The Whitlams, and Architecture in Helsinki and has often been found sharing the stage with long-time musical colleagues and rising indie stars, Charles Lim (Singapore) and Svavar Knutur (Iceland). At age 25, he has toured extensively throughout Australia, Asia and Europe, garnering the title of “Australia’s Damien Rice, minus the cheese” (Iceland National Radio).

Watching Lynch in concert is like "being regaled by a solemn bard with a series of absorbing tales" (Rave Magazine, Australia).

His music is "sweet, darling and emotionally charged" (The Grapevine) and he is just as likely to inspire a spontaneous sing-along as he to reduce his audience to complete silence.


The song was inspired by the songwriter's desire to make amends and apologies for past wrongs that he confesses he never had the chance to.

Other tracks by Gabriel Lynch: What Friends Are For  -  Like Crows