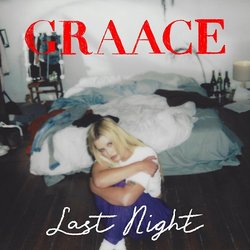 Grace Pitts’ big break came co-writing and featuring on ‘Numb’, the 2017 track from Australian artist and producer Hayden James which quickly became platinum in their homeland. It was quickly followed by the singer’s debut single proper, ‘Kissing Boys’, an equally catchy bop that fleshes out a piano base with fluttering synths while still using simplicity as its greatest weapon.

GRAACE’s unwavering commitment to honesty in her music has stemmed from her using songwriting to pull through at her lowest moments. Her father - her biggest champion - passed away when she was 14, and so every move she makes forward, it’s with the knowledge that he’s willing her along.

Unable to write music for about a year afterwards, songwriting slowly became GRAACE’s one vice, and the one thing that could pull her up and make her carry on.

An artist with honesty at her core, GRAACE’s vulnerable but powerful music serves as a tool to help not only herself, but anyone in a similar position who stumbles across her songs. “ I'm not just writing it for myself - I'm writing it for anyone that needs to hear that.”


‘Last Night’ was co-written by GRAACE and Xavier Dunn (Jack River, Kota Banks, CXLOE, Phebe Starr, LANKS) who also produced the other songs on SELF SABOTAGE. ‘Last Night’ features breathy sultry vocal anchored by anthemic piano chords and alt pop production. This follows on from GRAACE’s debut release ‘Kissing Boys’, which premiered on triple j and has over 600K streams.