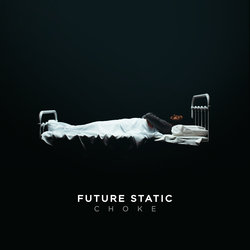 Made up of Bri Marsh, guitarist Ryan Qualizza, and bassist Kira Neil, Future Static began as a project between friends in 2016, but their powerful attitude and genre fusing energy has been chipping away at the alternative music scene since, having played alongside Belle Haven, Stepson, Terra and Reside among others, marking themselves in 2020 as ones to watch.

Not only do Future Static use their musical platform to share kickass tunes, but also to support causes the trio feel passionate about. The band make a point to champion girl power and play with other female-fronted acts including Terra, Sarahj, Blossom and The Playbook. In addition to this, February 2018 saw the the band run their own highly successful charity festival, StaticFest 2k18, which raised $2600 to support The Leukaemia Foundation, during which bassist Kira shaved her head for the World’s Greatest Shave.

Behind The Scene have named the trio “a force to be reckoned with… on route to kicking some ass all over Australia”, with Hysteria Magazine commenting on their high hopes for what's to come when they pondered, "can Future Static stand out above the rest? Sure can, so get ready to see it."


"Choke" takes theme from the constant fear that every good thing is temporary. The track was produced, engineered, mixed and mastered by Christopher Vernon with help from Darcy Handley. The underlying driving force behind "Choke" is angry and tension filled until leadning to the big finale where Future Static push boundaries - with vocalist Bri Marsh demonstrating pure demonic frustration.