Fulton Street - Told How to Walk 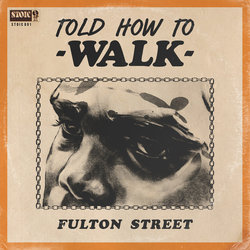 Fulton Street is a soulful 7-piece party band with a strong story to tell. Over the years Fulton Street has come into their own and defined their signature sultry sound with powerhouse vocals, a smooth rhythm section and luscious horn arrangements. Well known for tight energetic live performances and intoxicating hooks, Fulton Street will not only entice you to the dance floor but they will keep you mesmerized by their authentic and evocative song writing.

The release of their highly anticipated album ‘Problems & Pain’ was celebrated with a sold out album launch at The Curtin, cementing Fulton Street as one of the hottest new soul bands in Australia. ‘Problems & Pain’ was chosen as the feature album of the week on PBS, 2SER and was featured on Triple R’s Soundscapes. Acclaimed single ‘Check Yourself’ was premiered on ROOTS N ALL (Triple J) and reached #2 on the AMRAP Regional Charts.


Written after witnessing blatant and casual racism aimed at a young indigenous man attending a music festival, ‘Told How to Walk’ recognises the plight of the traditional owners of this land and the discrimination they still face in modern Australia. The song also acts as a plea for greater respect, leading towards unity between indigenous and non-indigenous Australians moving forward.