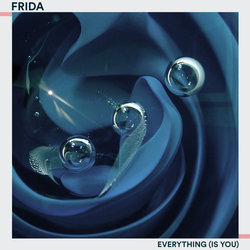 As emotive, wild and framed by flowers as their legendary Mexican namesake, Frida is the very definition of dreamy. Buoyed by haunting harmonies, pop prowess and a percolating rhythm section, Frida’s melodic assault has captivated music lovers and makers alike.

Formed in 2013 by Melbourne based singer-songwriter Eilish Gilligan, and key members of the instrumental soul band The Cactus Channel (Darvid Thor, Henry Jenkins, Lewis Coleman and Hudson Whitlock), Frida’s spell has cast itself as far as Singapore’s annual Baybeats Festival, to Lorne’s Falls Festival, leaving hundreds in thrall to their melodic swell.

So far, 2016 has been a big year for Frida. In between writing, recording, and returning to Singapore to play a string of festival shows, they released two singles, Limbo and Everything (Is You), garnering play and praise from Spotify, Triple J and Double J alike.


Grizzly Bear meets Tame Impala meets Florence Welch. Rabbits is one of the oldest songs on the EP, and it builds into a wailing guitar/synth frenzy towards the end. It won't disappoint.

Other tracks by Frida: Everything (Is You)  -  Fence
%