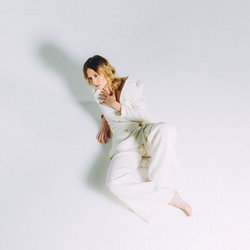 ‘Nobody’s No Better Than No One’ is the first single from Freya Josephine Hollick’s forthcoming album The Real World to be released through Blind Date Records in 2020.

Stepping away a little further from the sound of her previous releases, the first taste of Hollick’s new work enters the world of desert blues and rock, the single and record heavily influenced by Gene Clark’s 1974 album No Other. Evidenced by the sonic landscape of the single that blends synths, affected vocals, dark percussion, lap-steel and crunching rock guitars. ‘Nobody’s No Better Than No One’ is a song written as a modern day anthem for the underdog and listeners can expect an album of songs that question the status quo.


Nobody’s No Better Than No One is a dark and dusty, arid desert blues stomp recorded in the heart of the Mojave Desert at the famed studio Rancho de la Luna and features the sublime and idiosyncratic vocals of Australian new country and roots star on the rise Freya Josephine Hollick.