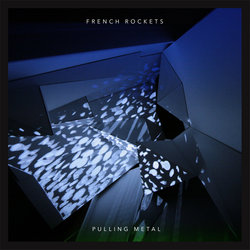 Formed in 2004 by Carl Properjohn and Jamie MacDougall, French Rockets focussed on remaining a studio affair with the occasional show until Roger Poustie joined the line-up in 2007 solidifying their live performance.

That same year the band’s debut album 555 was picked up by Dean Turner, of Magic Dirt, who was a great champion of the band and soon French Rockets were on a plane to Melbourne for their first tour. The band were invited back to Melbourne twice in the following 18 months to perform at the Melbourne International Arts Festival and the Summertones Festival, playing alongside artists such as Rowland S Howard and Dan Deacon.

In 2009 French Rockets released a split 12”vinyl package “1x1/IDDQD” with Injured Ninja that went on to win the 2010 West Australian Music Industry award for ‘Best Single’.

The addition of James Sher (Sugar Army, Wednesday Society) in 2012 on bass, allowed the group to diversify their song writing approach and live instrumentation which has lead them to their forthcoming release.


Pulling Metal is the second single off French Rocket's upcoming album Arc. A Heavy electronic and industrious wall of sound following the footsteps of bands like Ministry.

Other tracks by French Rockets: Inside Out
%