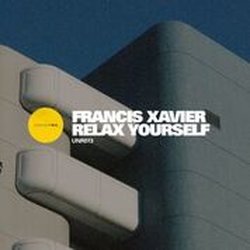 Many know him as one third of ARIA award winning band Infusion, a trio renowned for their organic, high energy sets. For the best part of the last fifteen years the band toured over thirty countries, playing festivals such as Coachella, Exit, Glastonbury, Roskilde, Splendour in the Grass, Big Day Out and Creamfields. Their celebrated remixes, three studio albums (Thunk Recordings, Sony BMG, Marine Parade) and a BBC Radio 1 Essential Mix saw Francis appeasing music lovers in megaclubs from Fabric London to the underground clubs of Tokyo.

Since his return to hometown Sydney in 2010 Frank has honed his synth stroking talents, teaming up with Gus the Hoodrat for The Finger Prince, which saw numerous releases on local label, Bang Gang Records and received ticks of approval from Tiga,

On his own, Francis Xavier has established a career as an acclaimed producer, DJ and mix engineer working on solo projects as well as mentoring local talent. In his spare time he is one quarter of Motorik, a warehouse party come record label that spans five years, 20 releases, 50 parties and countless DJ sets.


‘Relax Yourself’ is a deep techno number that leaves no stone unturned in its complex composition. Upbeat from the beginning before hypnotizing vocals hook listeners into a deep and enchanting seven minutes of soulful synergy. The tracks inclusion of acidic elements, sirens and synths morphs seamlessly over the rolling bassline beneath.