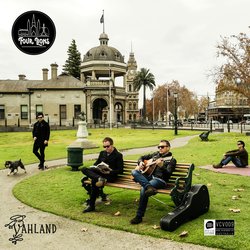 Four Lions today released Vahland. The second album from the Bendigo-based Americana four-piece is out on their own Verse Chorus Verse label. Vahland is a follow-up to debut album Charing Cross (2015) and the Golden Triangle EP from earlier this year. The album was inspired by German-born William Vahland - the late 19th century architect responsible for many of Bendigo’s iconic buildings. Vahland was recorded live with minimal overdubs on an analog 8-track reel to reel tape machine with Alex Bennett (CW Stoneking’s Gon’ Boogaloo) at Sound Recordings Studio in Central Victoria.

Vahland examines the human condition – relationships, loneliness, wanting to break free and resilience. Songs like 'Never Giving Up', 'The Promise', 'Nothing Land' more than hint at the dark-ish places Shann Lions’ song writing comes from on Four Lions’ new album.


A song about staying within a relationship to satisfy the safety and appearance of a functional relationship. However behind the doors your subjected to domestic violence.

Other tracks by Four Lions: Never Giving Up  -  The Promise
%