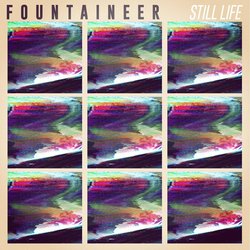 In the Spring of 2013, as black balloons and anti-democratic placards encroached on their Australian hometown of Bendigo, brothers Francis ( Drums) and Anthony White (Lead Vocals/ Guitar) began working on songs that would eventually become the roots of Fountaineer. Soon joined by adopted townsmen Kieran Daly ( Guitar) and Matt ‘Bear’ Thornton ( Keyboard), the stories of the town continued to seep their way into the words and music of their debut record Greater City, Greater Love.

Awash with countless War On Drugs comparisons following the release of debut single ‘Grand Old Flags’, Fountaineer present a driving dreaminess that is best described by triple j presenter Dom Alessio; “If Bruce Springsteen had soundtracked a John Hughes film he’d probably have written something like this.”


It’s a comment on the apathy and indifference of friends and acquaintances; about people content watching life slip by, and about us reaching for something bigger than what seems to be on offer. It captures the restlessness many people feel living in a small place.