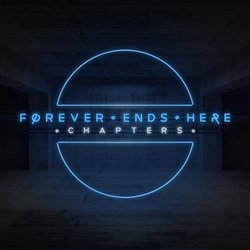 Since their debut in 2011 Forever Ends Here have gained an extremely loyal following in Australia and abroad with their unique and energetic live show.

The band released their sophomore EP ‘From Where I’d Rather Be’ in late 2013 to an extremely warm reception, receiving stellar reviews across the board from fans and media alike.

Forever Ends Here have just released their latest single ‘Chapters’ and have announced the ‘Parks N Parties’ tour to celebrate.


Chapters is a synth pop rock banger. An entrancing lead male vocal opens the dynamic track, that erupts into a a true stadium rock chorus.