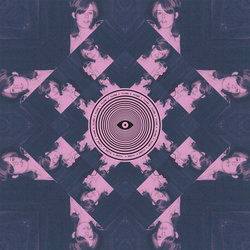 Flume got his first taste for producing at age 13 from the most unlikely of places - a music production program he found in a cereal box. Taking a no-holds-barred attitude to music creation, Flume takes inspiration from a wide variety of sources and scenes distilling his sound into a melodic bass heavy style that is uniquely his own.
His debut album is an ARIA #1, an iTunes #1, holding out Justin Bieber and One Direction. It has since been accredited a Gold Album in Australia, as has the single 'Holdin On'.
Flume was the most represented artist in the 2012 Hottest 100 countdown, with 4 tracks (including Hermitude 'HyperParadise (Flume Remix'). 'Holdin On' was voted #4, 'Sleepless feat. Jezzabell Doran' #12, his remix of 'HyperParadise' #18 and 'On Top feat. T.Shirt' #67. Several Flume tracks have also had regular airplay on BBC Radio 1 with Annie Mac, Pete Tong and Zane Lowe.
The album was given 4.5 / 5 by Rolling Stone, 8 / 10 by BBC Music and Pitchfork labelled him 'startlingly talented'.
Flume is set for an even bigger 2013.


'Sleepless feat. Jezzabell Doran' is where it all began for Flume. It moves at a steady chillwave-ish pace with no shortage of lush chords or skillfully pitched vocal glitches to float alongside the irresistible bassline and head-nod-worthy drum programming.