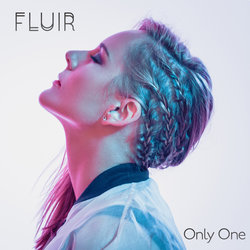 Siobhan and Jesse began writing together in early 2016 whilst working on online sync commercials. Having initially written ‘I’ve Gotta Have You’ as a 30 second sync placement for the Australis ‘Take the Sun With You’ campaign, reaching over 500K views within the first week of the campaign, the track was later extended into a full length track giving rise to Fluir. ‘I’ve Gotta Have You’ was released shortly afterwards in March 2016 to critical acclaim and was listed as one of the winners of Triple J’s Unearthed NIDA music video 2016 competition.


‘Only One’ is Fluir’s highly anticipated follow-up single, the song is a bold uncompromising self-proclamation of one’s infatuation with another. Fluir’s unique sound draws upon 80's influenced synths overlain by crooning yet unforgiving vocals.