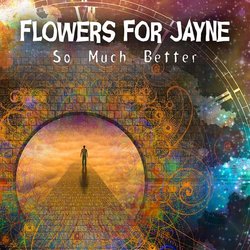 Flowers for Jayne is an incredible trio made up of Sydney's most seasoned musicians.

Murphy recently announced she is a transsexual woman, determined to make her mark in the music industry.

Flowers For Jayne released their debut single I WANT YOU in April 2019. The band are currently recording their debut album DANGEROUS WOMAN, due for release in December 2019.


So Much Better was composed by Jayne Lily Murphy in 2019.