Flowers For Jayne - I Want You 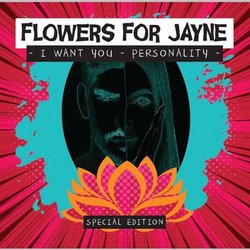 Flowers for Jayne is an incredible trio made up of Sydney's most seasoned musicians.

Murphy recently announced she is a transsexual woman, determined to make her mark in the music industry.

Flowers For Jayne released their debut single I WANT YOU in April 2019. The band are currently recording their debut album DANGEROUS WOMAN, due for release in December 2019.


I Want You has been compared to the flavour of the Ramones.

Other tracks by Flowers For Jayne: Personality
%