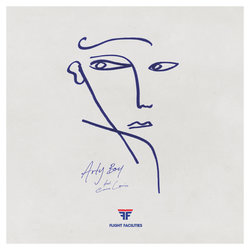 Since their arrival in 2009, Flight Facilities have proven themselves to be one of electronic music’s most consistently popular songwriting duos. Their first hit, ‘Crave You’, has become the unofficial soundtrack to summer parties from Sydney to Stockholm, and they’ve since deployed six successful singles, including the self-released slow-burner ‘Clair De Lune’, which went Gold in Australia.

Flight Facilities dropped a bombshell on unsuspecting, devoted fans, releasing their debut album ‘Down To Earth’ via Future Classic, on October 24. It’s a whole new altitude, bound together through ornate instrumental interludes in the seamless style of some of the boys’ favourite records, like Cut Copy’s ‘In Ghost Colours’ and Metronomy’s ‘English Riviera’. Some of the guests waiting in the departure lounge include the divine Emma Louise, New York’s Reggie Watts, Kylie Minogue, Owl Eyes, rapper Bishop Nehru, along with existing favourites like Micky Green and Giselle.

"Arty Boy" is the duo's first offical release since their gold certified, twice ARIA-nominated debut LP Down To Earth, and subsequent ARIA-awarded album Live with the Melbourne Symphony Orchestra.


Sporting the iconic, nostalgic nature of yesteryear pop “Arty Boy” is a dance floor filler. It's charming instrumentals are met with the beautiful vocals from Brisbane singer/songwriter and one of Flight Facilities' frequent collaborators, Emma Louise.