Flickertail - Right Behind The Eyes 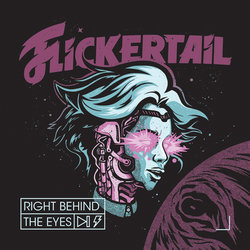 Since their inception, the band have played relentlessly and are reaping the rewards. 2014's single "The End" received airplay on Triple M and regional radio throughout NSW, Vic and QLD, while second single "Guinness is Thicker than Blood" has been played everywhere from Bendigo to Brisbane.

The band brought their infamous zero bullsh*t live show on the road once more in 2016, including support slots with The Casanovas and US juggernaut Supersuckers.

In 2017, armed with only their wits, guitars and their stunning good looks, Flickertail conquered every state across this vast, thirsty continent.

Their debut EP, 'Hurry Up and Wait' was released in 2018 to rave reviews and was supported by extensive touring.

Now in 2019, Flickertail deliver a hit, right behind the eyes!!


With its pounding drums and twin guitars that evoke Thin Lizzy and the distinctive Aussie snarl of frontman of Liam Whelan, Right Behind The Eyes is a classic Aussie/Irish rock and roll song they way they used to sound like! Big chorus, big guitars and big attitude.