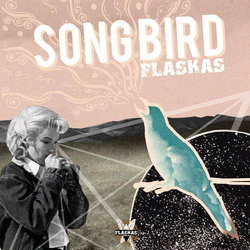 Since forming they have shared the stage with luminaries such as Ash Grunwald, Boy & Bear, Tijuana Cartel, The Black Sorrows and many more.

Their sound is defined as ‘Earth Rock’: an organic blend of alternative world, coastal and Indigenous music that fuses the high-powered spirits of roots, funk, folk and blues.

New single ‘Songbird’ is available for download on all major online stores.


Songbird opens with a beautifully crafted harmonica section, accompanied by a gorgeous acoustic guitar progression. Singer Chris Flaskas enters, telling tales of hope and love. Songbird displays Flaskas' signature sound, described as 'Earth Rock'. Flaskas aim to inspire their audience with positive lyrics. The single will leave you feeling full of energy and ready to spread good vibes all around!