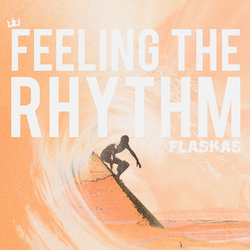 Bringing a real live tribal acoustic sound to the doorstep of your senses, sharing a multi-dimensional & cultural experience that will touch and invigorate your soul.

The band have since supported the likes of Wild Marmalade, Kallidad, Kooyeh, Boy & Bear, Busby Marou, Tijuana Cartel, Timberwolf and many more.

Flaskas have just released their brand new single and video ‘Feeling The Rhythm’, which was premeired via Roots N All on Triple J.

‘Feeling The Rhythm’ is the first single from forthcoming debut album ‘Kingdom Come’ which is released in August 2018.


Feeling The Rhythm opens with spacious intro featuring an infectious bass line and groove. Flaskas sing of our connection with the earth and everything around us. This single was recorded live at Heliport Studios and captures the raw nature of Flaskas signature sound, dubbed 'Earth Rock'.