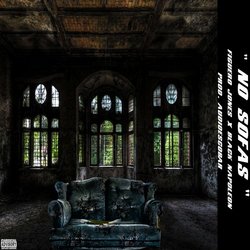 Coming off the back of their previous collaboration Blue Faces that came with a slick new visual, it is clear that this duo is an up-and-coming force to be reckoned
with.

Inspired by American heavyweights Lil Wayne, Kanye West, Jay Z, Drake and Biggie it is clear their style is set to redefine the Australian hip-hop norm, proven by the reception that they have received not just from their home state, but from Melbourne as they have consistently been featured on hip- hop blogs Off The Clef and AUD’$.

Neither Figuero Jones or Black Napoleon can be considered conservative when it comes to the amount of work that they produce.

From constantly being in the studio, performing live and collaborating with artists and producers, this duo both have a catalogue of work to be released and shows to announce.

With hints at a collab-tape dropping between the duo in the coming months, all eyes are staying glued onto their current movements.


Young Perth-based rappers Figuero Jones and Black Napoleon return with a wavy motivational anthem titled ‘No Sofas’ which has already had huge success since being released landing Spotifys A1 Hip-Hop, New Music Friday & All Aussie Hip-Hop Playlists massing over 30,000 Streams within the first week since release.