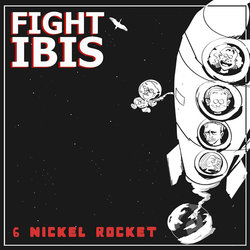 Fight Ibis, named Triple J Feature Artist in 2017, have had quite the introduction to the national scene, popping up on industry radars with a steady release of punchy singles.

Currently tracks on an upcoming EP, the band hit the road this July with a string of dates on the back of latest single release '6 Nickel Rocket'.


Lead singer Kyuss Calamari, says of the upcoming single release and launch "This new song is a simple pop song about being blissfully ignorant towards people that are trying to make you compromise what you want to do with your life. We’re playing some local shows with some of our favourite local bands for a bit of fun!"