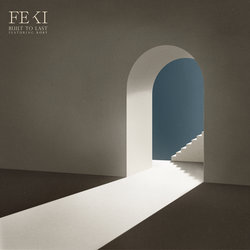 Bursting onto the scene and taking inspiration from forefathers like Ta-ku and Flume with his arresting debut single 'Nothing Lasts Forever', Feki’s ability to extract a heartfelt tenderness from electronic music productions quickly garnered him a strong fanbase around Australia. It has also led him to being featured by Billboard Dance as one of this year’s Ones To Watch, saying “Dance-pop, pretty and shimmering, these melodies have their heads in the clouds, but his steady beats pull you back down to the dance floor every time.”

With a release output focusing on quality over quantity, over the years he’s worked with much-hyped crews like LA-based collective Team Supreme and global futurebase powerhouse alaya, culminating in the release of last year’s stellar debut EP, Into The Light. The 6-track EP landed itself a #2 spot on the iTunes Electronic chart and featured highly spun single 'Love You Better' ft. Glades.

With total online streams reaching over 25 million, the talented producer was nominated for a triple j unearthed J Award, has enthralled crowds at Splendour in the Grass, Falls Festival, Beyond the Valley, Listen Out, Spilt Milk and FOMO, as well as his own headline shows around the country.

Says Feki: “This one is just a straight pop banger. It’s much brighter and happier than all my previous songs, so I thought this would be an awesome song to kick off the new chapter.”