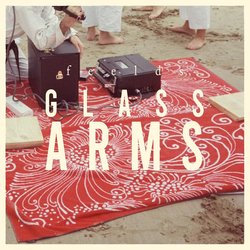 There is something intriguing around the idea of the unknown. Whether this comes to Feelds as a thirst for exploration or a relentless drive for self-discovery, onward seems to be the only direction.

Feelds, the Melbourne-based project of James Seymour, has quickly grown into a fully-fledged outfit, defined by clever songwriting used to provoke a dynamic soundscape of honest storytelling. After selling out the launch of his EP, ‘Hunch’ in 2018, Feelds quickly turned his attention to crafting his debut album. Initial singles, ‘Kill The Moon’ & ‘Bloody Mary’ earned him rotation on triple J and Double J. They saw Feelds tour with the likes of Gretta Ray, Didirri & Clea, and provided a firm platform for him to launch ‘Glass Arms’, the final single taken from the record, to be released later in 2019.

The self-produced debut album, ‘Cut Your Teeth’, draws inspiration from the past life that his parents led as Karate champions. After stumbling across a photo album from when they met on ‘Karate Camp’ in the 70s, Feelds has elaborated on this story through songwriting, imagery & storytelling. Now, backed with an assiduous new band, Feelds has truly transformed an honest idea into an all-encompassing performance.


Since the release of 'Kill The Moon' in August, Feelds has created an evocative path towards his self-produced debut album, with the latest addition to the photo album being 'Glass Arms'.

Not one to tiptoe around a subject, Feelds uses 'Glass Arms' to discuss ideas of trusting others and taking caution in conforming to the usual paths in life