Fat Picnic - Can You Feel It 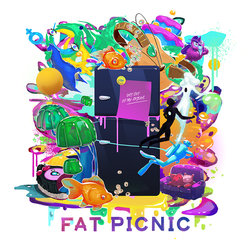 
Kicking off Fat Picnic's debut album, 'Get Out Of My Fridge' is 'Can You Feel It' - a hard-hitting soul-ska track that moves from fast-paced verses into electrified half-time choruses.

Other tracks by Fat Picnic: Don't Wanna Get Up  -  Feeling Good Feeling Bad
%