Family Fold - Get A Grip Upon Yourself 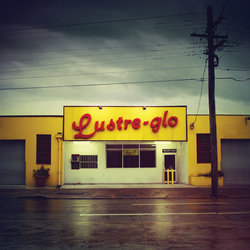 During the band’s 12-year history (Lazy Susan having broken up in early 2012), Paul was the driving force behind its four albums, six EPs, and countless interstate tours and local shows, both as a headliner and with national and international touring acts (eg: Brian Wilson).

Shortly after Lazy Susan played their final gig – a song-by-song run through of their 2001 debut album, Long Lost (“an Australian indie-pop classic” according to The Age), at the legendary Sydney venue, The Annandale Hotel – Paul began writing songs for a new project that was eventually to become Family Fold.

“I wanted it to be a band, not just in name, but in sound too. So on our debut album Lustre Glo – which will be released in August 2015 – I’ve enlisted both Sarah Humphreys and Maia Jelavic to sing lead or joint lead with me on several songs.”

Lustre Glo is a collection of 11 songs that further confirms Paul as one of Australia’s best – albeit ‘under the radar’ – songwriters. The album will be released on August 21.


Urgent and direct, 'Get A Grip Upon Yourself' is guitar pop rocker. With a great vocal delivery from writer and frontman Paul Andrews, it's the second official offering from his band Family Fold.

Other tracks by Family Fold: I'm The One (Who'll Never Leave You)
%