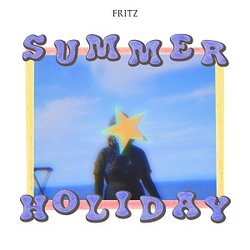 DIY-till-you-die Newcastle native FRITZ (Tilly Murphy) quietly announced herself with a self-titled, home-recorded debut album last year, landing a spot as Independent Artist Of The Week on Sydney’s FBi Radio. A few days later, her single ‘YUK!’ was picked up by Dom Alessio of triple j’s Home & Hosed and a whirlwind debut year of FRITZ took off. Charting at no.6 on the overall triple j Unearthed Charts, Tillv gained some great reviews from triple j sweethearts and fellow contemporaries Tired Lion.
FRITZ then welcomed in the full band. Gathering a reputation for her quirky on-stage banter and infectious laugh, Tilly’s live persona and presence gained the young musician a legion of followers. She has supported the likes of Fazerdaze, WAAX, Jess Locke, Cub Sport, Middle Kids, RAAVE TAPES, The Belligerents, and more just in the last year. FRITZ has also been invited to perform at festivals such as Sounds Of The Suburbs, The Mountain Goat Valley Crawl and Secret Garden Festival.
Graduating high school just last year and fresh from a national support tour with rising electric lady Ruby Fields, the bubbly young FRITZ has a new single and shiny first ever music video on the horizon for 2018.


'Summer Holiday' touches on incredibly relatable teenage emotions. "It's about losing friends, a boyfriend, and inner confidence, consecutively," says FRITZ. "It’s very over dramatic and naive though, considering I’m only 18 and basically singing about how being dumped by my first boyfriend was the worst thing that has ever happened to me, when really it wasn’t.