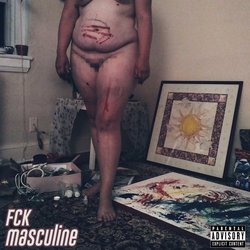 FCK is the new punk/hip hop project from Birraranga/Melbourne artist Amy Wright (formerly from beloved elk). In winter of 2018 FCK wrote and recorded 20 songs in 20 days, collaborating with local producer Baggy who would send a beat over each morning for FCK to work with in her home studio. On the 21st day, they culled 11 songs to leave the 9 tracks that make up Tape One.

FCK’s songs are about class struggle, gender and the noises in between. This couldn’t be more true of the brash, upbeat lead single ‘Masculine,’ while ‘Fighting On’ is an intimate and uplifting chronicle of Wright’s life and formative experiences; of her conviction to keep going, keep fighting and keep hustling at every turn. On ‘Tape One,’ FCK drags herself up from the depths using nothing more than her bootstraps, guts and sheer, absolute self-confidence. And in doing so, FCK drags us up with her.


FCK is the new punk/hip hop project from Birraranga/Melbourne artist Amy Wright (formerly from beloved elk). In winter of 2018, FCK collaborated with producer Baggy on what would make up her debut mixtape, 'Tape One'

'Masculine' is the brush upbeat debut single from these sessions, a punk-hop banger waxing on class struggle, gender and the noises in between.