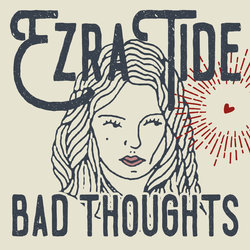 Based out of Perth, Western Australia, the four piece rock band took inspiration from the 70’s rock scene to form their own unique sound by giving it a modern twist, and being defined by its booming rhythm section, powerful vocals, and screaming lead guitar.

Ezra made an impact quick! taking to the stage with their commanding live performance for a string of events around various Perth venues including tribute shows for some of the Rock and Roll greats including Jimi Hendrix and Robert Plant. By early 2019 the band had released it’s Debut Single “Bad Thoughts” which received international attention and local radio play, and have been involved in multiple sets at big events around WA such as the Blues at Bridgetown Festival along side some of the best bands around the country. Hot on the tail of their release, Ezra has headed back to the studio to begin recording their debut EP album expected to be released in early 2020.


"Bad Thoughts" is a track inspired by the 70's Rock scene that we have put our own little twist on. The catchy Riff, Tight Rhythm Sections, Strong Vocals, and Screaming Lead Guitar, it is a track for everyone to enjoy.

Other tracks by Ezra Tide: Take Me Home
%