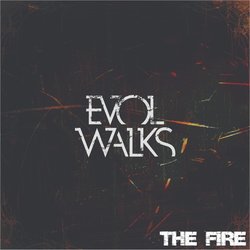 Originally forming on the Gold Coast (QLD) in 2014 and now based in Los Angeles, Evol Walks has bagged an EP, earned plaudits from artists and fans around the world, and played across three Continents. And there’s much more to come.

The next chapter begins with the imminent release of their EP aptly titled ‘Our Time Is Now’.

Produced by Erik Ron (Godsmack, Sylar, Slaves, Motionless in White) and featuring killer guitar work from Kevin Thrasher of Escape The Fate, ‘Our Time Is Now’ is full of energy and, quite simply, rock ‘n’ roll at its finest.

Evol Walks’ hard edge takes its inspiration from the giants of heavy music, from AC/DC to Led Zeppelin, Black Sabbath, Joan Jett, Stone Sour and MonsterMagnet, and gives it a modern tweak.


"The Fire" is a collaboration between Leah Martin-Brown and Tim Henwood (The Superjesus, The Rogue Traders, Palace of the King). Written in Brisbane and produced by Erik Ron (Godsmack, Motionless in White, Hands Like Houses, Sylar) in Hollywood, California this track is a dirty, bluesy throwback to the raw rock and roll sound that helped launch Evol Walks in 2014.