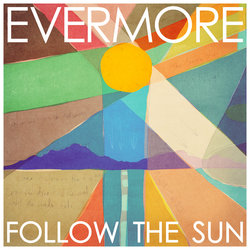 The last two years have been very busy for Evermore, touring the world with P!nk before returning to Melbourne to build their own full service record, and produce soon to be released albums by the likes of Lisa Mitchell, Alpine and Amy Meredith whilst currently working with Lakyn.

With their stellar songwriting and production skills and touring experience, Evermore are tipped to be our next Crowded House or Powderfinger, and have sold 300,000 albums in Australia, and more than that again in singles, with a string of top 5 airplay masterpieces including 'It’s Too Late", "Running", Lights Surrounding You" and "Hey Boys and Girls".


"Follow The Sun" is a triumphant march of a song and the sound of the returning Evermore.
The track was produced and mixed by the band at their new studio outside of Melbourne, and mastered in New York by Tom Coyne at Sterling Sound.