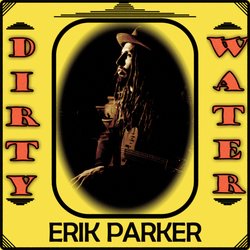 Erik Parker is a Melbourne based singer-songwriter. He spends his days concocting songs, and recording them in his garage, in Preston. His releases are self-produced, recorded and mixed at home. 2018 brought a flurry of online releases, including a solo live-looping EP, and a series of singles featuring an assortment of session musicians. Current releases range from conventional live band arrangements, to live-looping, to experimental, sample-based music.

His new project features a four to six-piece backing band consisting of some of Melbourne’s most prolific and amazing jazzy musicians. The ever-evolving sound is based in blues, soul, and rock, and has recently been flavoured with heavy gospel and dub influences. Find more info about Erik at his website and the usual social media channels


Conceived as a small piece in the puzzle, of a gospel/blues/folk album, currently being written, assembled, dissected, rearranged, and produced in the home studio.

Speaking in the language of the blues, It sets the tone for the upcoming album