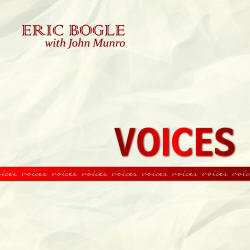 
Eric has lived in Australia now for 47 years, twice as long as he lived in Scotland and so considers himself an Aussie rather than a Scossie. He does however still miss a few things about Scotland. He wouldn't be human if he didn't.

Other tracks by Eric Bogle with John Munro: First The Children  -  Once Upon A Time
%