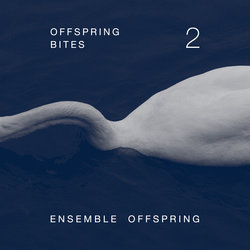 Ensemble Offspring is Australia’s pre-eminent adventurous new music group, with a reputation for original programming at the highest level. EO pursues an agenda of directly shaping the music of our time. The ensemble is based on the philosophy of promoting artistic integrity, open-mindedness and challenging the way artists and audiences think about music.

With the creation of new work at the heart of EO’s activities, the group constantly commissions composers through its Noisy Egg Creation Fund and works regularly with emerging and established Australian composers such as Andrea Keller, Mary Finsterer, Matthew Shlomowitz, Michael Smetanin and Kate Moore and international composers including Michael Norris, Simon Steen-Andersen, Louis Andriessen, Michael Finnissy and Genevieve Murphy. In 2017 the group presented a full year of works by female composers.


The Tardigrade (meaning slow stepper), also known as a water bear or moss piglet, is a microscopic animal that can survive in extreme environmental conditions, including the vacuum of space. They are the most resilient animal known to exist. The Tardigrade can survive without food or water for more than 30 years and continue living and reproducing once re-hydrated.