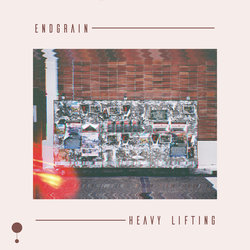 Originally drawing inspiration from colourful beat makers such as Bonobo and Quantic, Endgrain's scope as a producer has evolved to increasingly draw on UK club culture, house and techno. His output varies from laid-back, dusty summer slow jams through to heart-racing, high impact club music and almost everything in between.

With an enthusiasm for quality and a DIY-attitude, Endgrain (Jackson May) is also one of the brains behind Sydney’s renowned Translate Sound System. After attending some of Europe’s leading electronic festivals, May and two friends were inspired to build their own high-quality, high-output sound system to help power Sydney’s thriving underground party scene. In addition, May regularly sends his music to London to be pressed to acetate, allowing him to play unique, all-vinyl sets of original material through his own custom built system. He has performed at warehouse parties across Sydney as well as powering the sound for events such as Picnic, Chipped, Yolk and Dungeon amongst others.

Having produced music under a handful of previous monikers,“Heavy Lifting” marks the second release from May's Endgrain project. His debut EP is set for release later this year on October Records, but until then delve into “Heavy Lifting".


"Heavy Lifting" pairs hooky percussion with overdriven 808s to create the perfect club weapon. It's simplicity fuels it's appeal; it's few elements standing tall without needless sonic clutter. Gritty, raw and effective, it showcases a producer confident in his ability to aim directly for the heart of the dance floor.