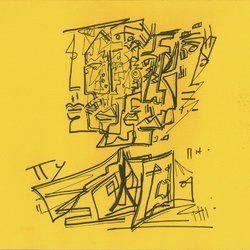 Following the release of his debut 'Frame Relay' EP in 2017, and follow-up La Junta EP, Sydney producer Endgrain (Jackson May) returns with his third October Records EP, Enter The Grain.

Having previously received support from FBi Radio, BBC Radio 1, Triple J, InTheMix, Purple Sneakers, Pilerats, Ripe Music & community radio nationwide, May’s latest release exhibits his wide range of musical influences as has been a feature characteristic of creative output past and present.With an enthusiasm for quality and a DIY-attitude, May is also one of the brains behind Sydney’s renowned Translate Sound System. After attending some of Europe’s leading electronic festivals, May and two friends were inspired to build their own high-quality, high-output sound system to help power Sydney’s thriving underground party scene.

May’s latest journey into the world of audio involves the production of a range of studio monitors feature in studio of Sydney local hero’s Ben Fester and Freda & Jackson, as well as popular Inner West record store Network Connection Records


Written over the past year, Enter The Grain is heavily influenced by a wide range of club based sounds & genres as well as local Sydney selectors. To give the track character, it uses old vinyl breaks where possible and then in the mastering phase it is run through a tape machine.

Other tracks by Endgrain: Fena  -  Schwarzwald
%