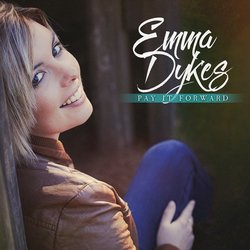 Releasing her debut album, Pay It Forward, in 2017, Emma sings just as she lives her life – wanting to give to others and celebrate the stories and experiences in song. Her singles, Man of the House and Two Birds have all garnered positive response from critics and fans, alike. Her live performances will have you singing along to popular covers, including anything from Creedence to Pink and back again, and hearing the stories behind the originals carefully chosen to compliment the audience.

Now a professional singer-songwriter, Emma’s songs take you to the far reaches of the nation and you can bet she’s experienced what she writes about. The Laurieton, NSW, artist is a Critical Care Emergency Nurse whose adventures have taken her into the depths of rural Australia, proving all the inspiration she needs to craft songs that bring her stories to life.

She’s held jobs on mine sites, driving machines with tyres twice her height, working with men and fighting to prove she was as capable as the next bloke, learning about rodeo first-hand as the president of a local rodeo committee in Cape York, and mustering on horseback on a station bigger than her hometown.


'Pay It Forward' was written to inspire people to be the best version of themselves. Pay It Forward tells the story of mateship found in small towns and of her own experiences of ‘beautiful people doing beautiful things’.