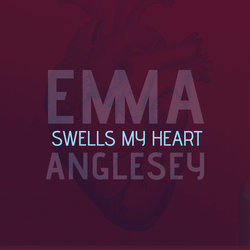 Launceston based singer-songwriter Emma Anglesey's debut single Bike saw her become a Triple J Unearthed Spotlight Artist and the track was used by Triple J to advertise Unearthed Radio. The second single from her upcoming record, Mary-Anne, was released in November 2016 and received great write ups in Rolling Stone Magazine and Tone Deaf.

Mary-Anne has been added to the ABC local playlist nation-wide and to the Unearthed Radio and Double J playlists.

Both songs are from Emma's forthcoming EP produced by Joshua Barber (Gretta Ray, Goyte, Archie Roach). Award winning composer Jonathan Dreyfus arranged strings for the track Mary-Anne (and the record) and it was mastered by Lachlan Carrick (Goyte, Lior).

So far in 2018 Emma has played at Woodford Folk Festival, Party in the Paddock and MONA FOMA. In 2017 she supported The Waifs' 25th Anniversary Tour and the JUNO award winning Canadian based East Pointers, and she was chosen to be one of 5 Tasmanian acts to play at Music Tasmania's BIGSOUND Showcase. Emma has also featured at a number of Tasmanian Festivals including A festival called Panama, Festival of Voices, DARK MOFO and Falls Festival.


Beautifully entrancing track that flourishes delicately into a emotive trance. Tactile lyrically and enchanting upon every listen.