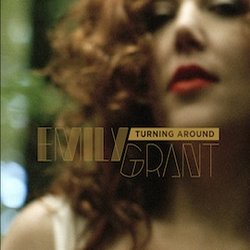 Emily and Grant overcame 500 entrants to win the heat and semi final of the "Next Big thing competition" falling short of Grand Final victory to none other than John Butler.
Their first album ‘Idle55’ attracted an invitation to perform in the UK Lizard Festival, alongside such acts as Groove Armada, James and The Levellers.
Their performance at the Edinburgh Fringe Festival garnered a personal invitation to feature in the upcoming New York Fringe, but Emily and Grant instead set sail for Spain where they toured for 3 months and are still featured on Spanish radio.
Upon returning to Australia their live show caught the attention of electronica act NU-23 who commissioned Emily to write and perform works with them during the Australian Ministry of Sound tour.
Emily and Grant recorded their second album “Six Degrees” of which the opening single broke through community radio to feature on commercial FM but the rhythm section retired and with no band to tour, the full album was never officially released.
In 2015 Emily Grant re-emerged with a new sound and a new EP “Turning Around” which was toured to New York City, Berlin, Paris and Australia and is receiving rave early reviews.


The true story of Grant's Grandmother whose father lost the family hotel in a hand of Poker. He left the next day as did her mother and she raised all her brothers and sisters from age 12.


Other tracks by Emily Grant: What Becomes  -  Behind Closed Doors