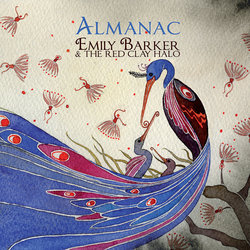 
Pause, written by Emily Barker and recorded with her band The Red Clay Halo, is the theme tune to The Shadow Line, currently airing on ABC1 on Fridays at 9.30pm.

The track is the latest single from the band’s album ‘Almanac’, available now on Walking Horse / MGM.


Other tracks by Emily Barker and the Red Clay Halo: Little Deaths  -  Calendar