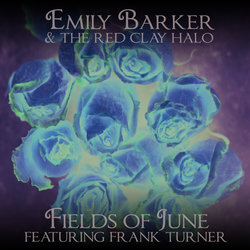 Together with her band The Red Clay Halo, she has recorded three albums, dazzled audiences at music festivals and seen her song ‘Nostalgia’ become the Bafta-winning theme tune to BBC One drama Wallander starring British actor Kenneth Branagh.
February 2011 saw the release of Almanac, attracting loads of plays on BBC 6 Music, Radio 2 and Radio 4’ Loose Ends. A stream of sold-out UK tour dates followed, culminating in a rapturously received show at London’s St Giles-In-The-Fields church at which Almanac was performed in its entirety including a stunning, stark version of Pause. This song has since been used as the theme tune to the BBC2 noir thriller The Shadow Line which received critical acclaim.
The band’s albums are entirely self-financed and released on Emily’s own imprint Everyone Sang in Europe and through Western Australian based record label Walking Horse in Australia and NZ.


A re-recording of a track from Emily's second album. This version features the lyrics and arrangement used as the theme song to TV series Wallander.