Emerson Snowe - If I Die, Then I Die 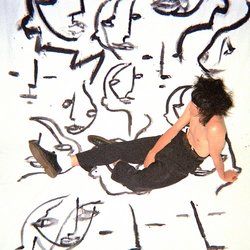 ‘If I Die, Then I Die’ follows on from previous singles this year, including the poignant ‘Could You Love Me?’ and the infectious ‘Sunlight’.

Under the Emerson Snowe moniker, Mahon is able to create music as a stream of consciousness, free from anxiety and doubt. His charming yet unconventional approach to music has already attracted the attention of many of his idols. Indeed, the last twelve months have seen him garner widespread support from fellow artists, industry and fans, with national tours across Australia for King Krule, Ariel Pink and GUM, along with his own debut headline shows in the UK and Europe.

Emerson Snowe will join Didirri on his national Measurements Tour later this month. He’ll return to the UK to perform at The Great Escape’s launch parties in late November, in addition to his own shows.


Premiered by Matt Wilkinson at Beats 1 and accompanied by a vibrant video, the song sees 23-year-old Jarrod Mahon channelling the spirit of the glam-rock greats as he sings an effervescent ode to his own mortality