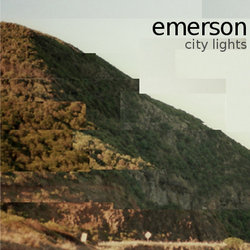 In September of 2009, Daniel Jones and Ezekiel Kigbo Junior formed the band Emerson with the intention of sharing a positive message of hope, love, acceptance and faith to a world that often lacks such things.

With influences such as Copeland, Lydia and Death Cab for Cutie, Emerson are focused on sharing their music to both the secular and Christian scenes not just in Australia, but to the rest of the world..

2010 saw Emerson double in both its size, and sound, with the inclusion of Tom King (drums) and Gareth Owen (bass) to the band. The year also saw Emerson not only take the stage in Sydney and Melbourne, but also supported Lydia (USA).

2011 has shaped up to be the most exciting year yet with not only slots on the New Beginnings and Black Stump Festivals, but also the chance to support Ben Jorgenson from Armour for Sleep (USA) and As Tall As Lions (USA).


City Lights was based on the idea (and the experience) of falling in love with a complete stranger. The idea that you are able to fall in love with someone anywhere, anytime...