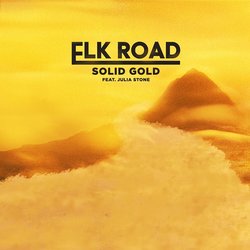 Hailing from Perth, Western Australia, solo electronic artist and producer Elk Road (Rory Garton Smith) has divvied up his time travelling the world and studying, following a passion for snowboarding and surfing, and drawing inspiration from all around the globe.

Elk Road has released 5 singles to date including the triple j favourites ‘Not To Worry’ and ‘Hanging By A Thread’ (featuring Nat Foster of Tully on Tully) which featured in triple j’s Hottest 100 of 2016 and has been streamed over 2 million times. His track ‘Intimate’ with LDRU has been played by DJs all around the country for the last few months, and his remix of ‘Lost on You’ by LP clocked over 3 million streams on youtube and a million on spotify in the first few weeks, becoming the most played upload on Trap Nation of the month of September. Elk Road made his Triple J Like A Version in 2016 performing his original ‘Hanging By A Thread’ as well as covering Flight Facilities’ ‘Crave You’ with vocalist Lisa Mitchell, weaving in elements of fellow Perth act Tame Impala’s ‘The Less I Know The Better’ to an incredible reaction.


‘Julia and I wrote this in one night in Sydney on a guitar, the song is about repairing relationships instead of abandoning them, finding the ‘Solid gold’ within something that is falling apart and rebuilding it from there."