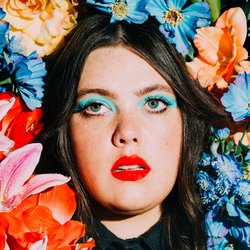 
'beautiful baby' is about leaving the chaos of a relationship behind. it's about trying to understand how a love that was so beautiful could be a thing that ends. we took a lot of inspiration from the music of twin peaks for this song, hoping to re-imagine the magical spell of angelo badalamenti and julee cruise.